Schroder Cykler was established in 1920 by Peter Schroeder in the center of Copenhagen Denmark on Julius Bloms road.  It quickly became know as a bicycle shop with a passion for racing bikes and developed a reputation for building quality bikes for both road and track riders. 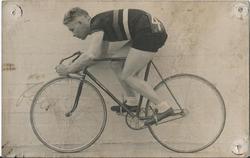 All thru the 1930's thru to the 1960's Peter and his team built bikes for famous cyclists thru out all of Europe.  In 1960 the bike shop was sold to the current owner Vilhelm Christian.  In 1961 with Vilhelm building bikes, Schroder won their first of manyDanish Championship on the track and junior Championship on the road.  In 1967 Schroder Bikes won their first World Championship on the track with Niels Fredborg in the 1000 meter sprint.  One year later, Niels Fredborg took the Olympic silver medal in Mexico City in the same discipline and then defended his worlds title in Uruguay with a gold medal.

In 1972 the shop moved to its current location just outside of Copenhagen in Hellerup.  This with the proximity to the Ordrup velodrome allowed them to fine tune their bikes. 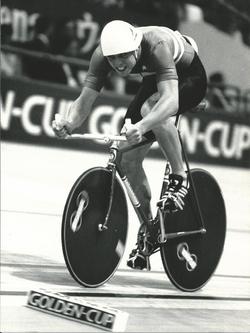 At the 1972 Olympics in Munich, Denmarks own Fredborg won gold again, but Schroder won another gold with Norwegian Knut Knudsen winning gold in the 4km pursuit.  It was during this time that Time Magazine named Vilhelm as one of the top ten frame builders in the world.  Sales steadily increased over the years and in 2007 a second store was started back in downtown Copenhagen.  Today Niels and Nicolai oversee the two shops, but everyday you can stop in and talk with Vilhelm and share a coffee and stories.

Now at Adventure Cycling we are proud to offer these amazing steel frames here in Colorado.  If you want a custom geometry or a steel frame that we have in the store, contact us and we can get you set up on these wonderful machines. 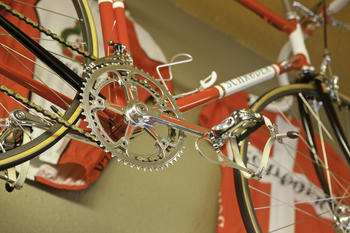 Dedicai tubing with chrome and fleur de lis lug work are all working in unison on these hand crafted, hand painted works of art.  Let us know if you want custom wheels, hand built by Jesse, or if you want your classic to be upgraded to the latest carbon hoops.  Stop in and see examples of what you can do here in the shop and ask Erik about his time apprenticing in Denmark.  Let us set you apart on your custom Schroder.